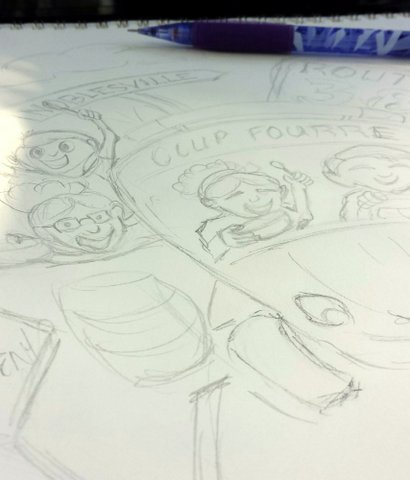 What does an artist do when she blows 2 tires on her new car and her sister and family, Sunday soup in hand, come riding to the rescue in their clunkety van? She draws a thank you! 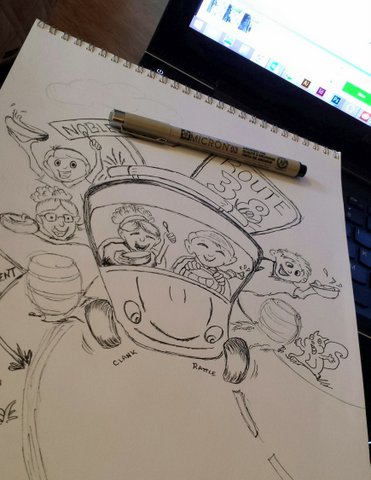 Note: Coup Fourre is a reference to a rescue card in the game of Mille Bornes, which the kids insisted would have helped me a lot. I told them that they were my coup fourre. 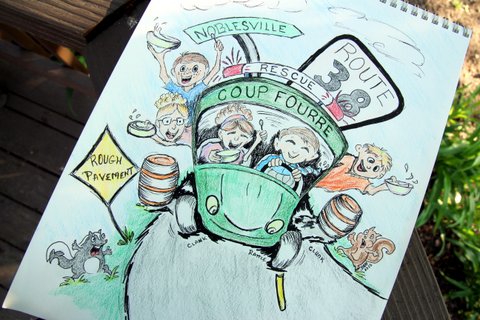 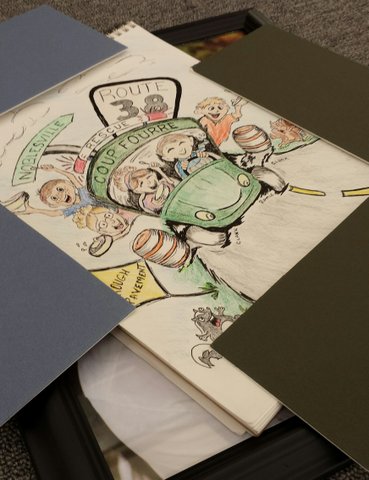 Their unabashed joy in the whole situation made it not so bad. A month later, their poor van gave up the ghost itself, but it was useful for several family rescues over the years. 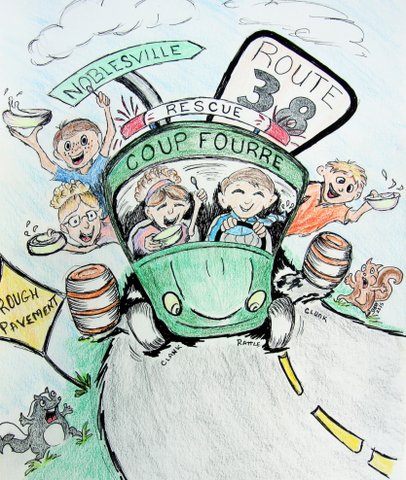 Note: It has only been recently that I learned to illustrate. Much thanks to a class I took during my graphic design degree. Thank you, Jacob!