Christmas was a time to relax and for some odd reason, cooking is how I did that. A very unusual undertaking that I carried on into the new year! My first ever pumpkin roll was a hit at Christmas. 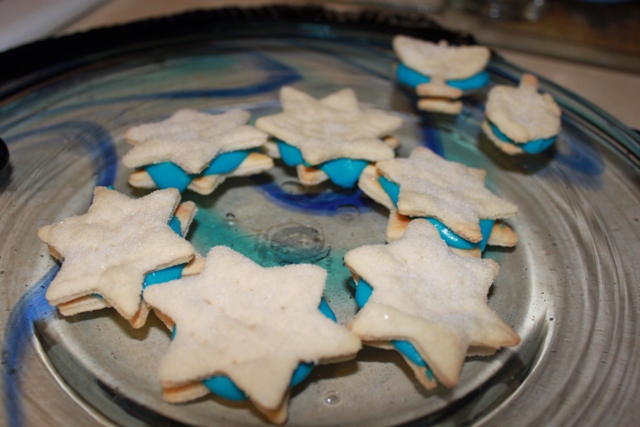 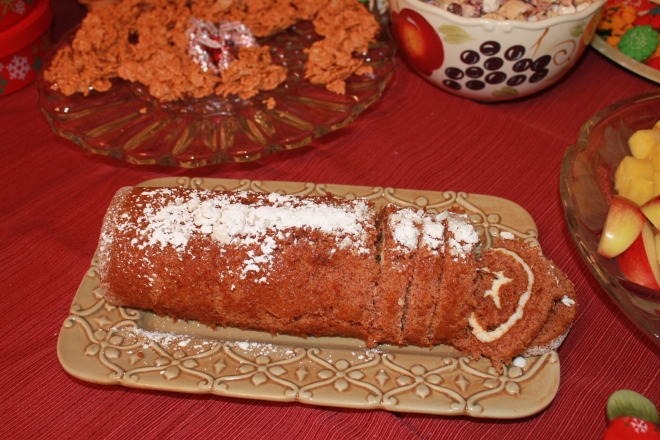 Advanced Design included a final presentation where we set up tables to “show” our work.

I included cookies with mine.  <grin> It was Christmas, so why not? My fellow students and I ended up eating most of them. 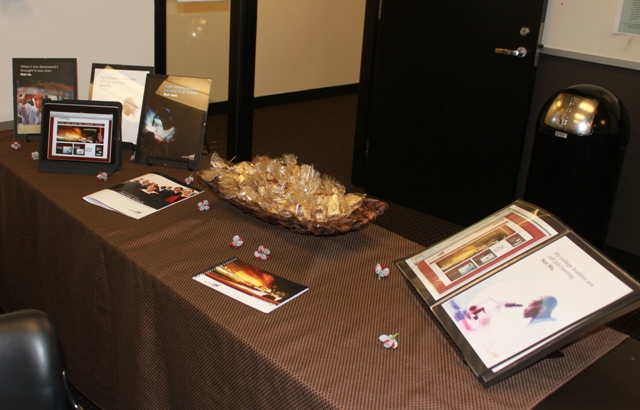 It was Friday, it was the holidays, and I was simply happy to be done with this quarter.

Choice: ManpowerGroup (because I believe in companies such as Manpower who put people to work.)

Note: Over 20 years ago I took a summer and worked for Kelly Temporary with the request to be placed on their shortest projects (normally the ones noone wants.) My idea was to experience as much of Indianapolis as I could. And I did! That experience garnered me marketable skills as well as a number of job offers from companies such as Simon Group, Eli Lilly, Anthem, and IUPUI. (I took a job at IUPUI – Office of Otolaryngology – as an Assistant Supervisor of Accounting.)

As I investigated ManpowerGroup, I fell in love with them. I would recommend anyone looking for work to give them a chance!

Manpower is doing great as number 1 in the US and in the top world-wide in their market. They also went through a recent re-brand, so there was a question as to whether I wanted to tackle the newly revamped project. However, I still believe they could be made to feel warmer and more personable, so I re-worked the logo to give a sense of energy and upward movement.

From much research came a SWOT, Brand Brief, Creative Brief, etc. and then I created multiple additional items to complete the package (a few of which I included below): 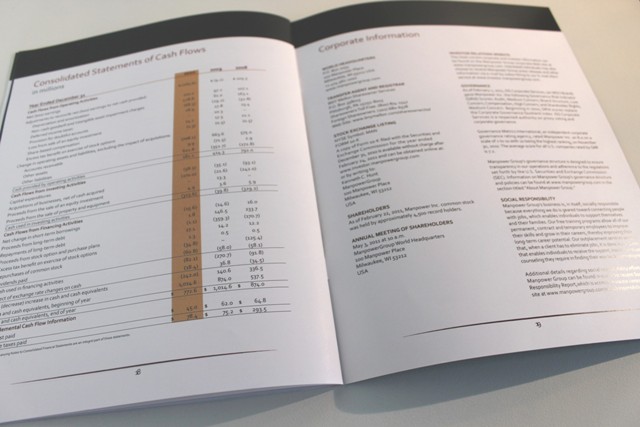 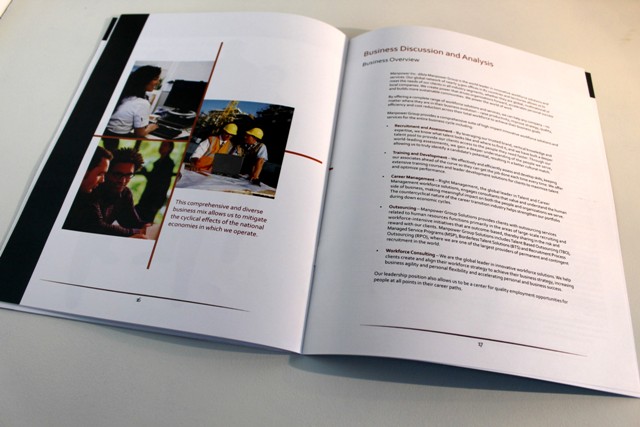 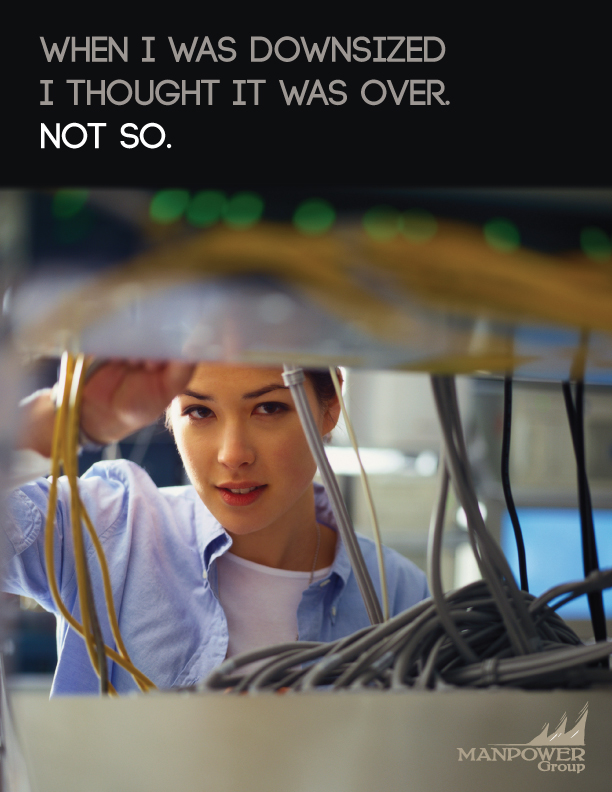 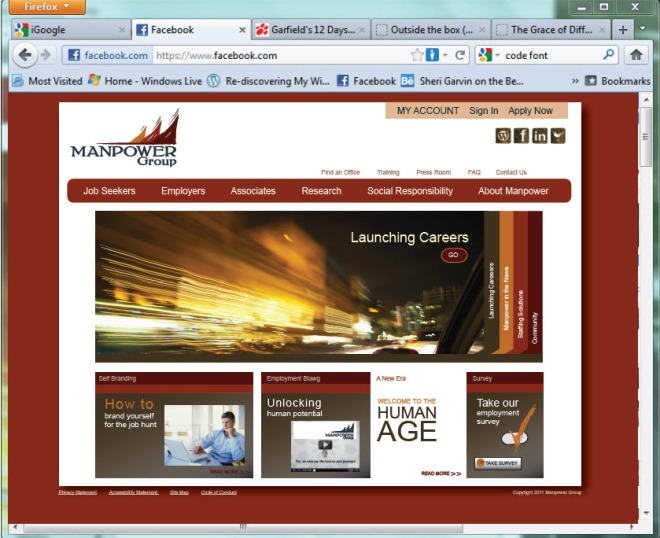 Over the holiday break I took my layout to the family farm and the kids had a blast playing with it.

Our final project in 3D Design was actually a mix of fun and gruesome (that was because of the choice I made.)

The assignment was to create a museum space teaching about a doomsday prophecy or fears of the end of civilization. The topics the students were choosing were quite interesting (Y2K – I lived through that one, The 4 Horse Riders of Revelations, The Battle of Armageddon, The Cold War, an asteroid impact, the Mayan calendar, etc.) There was one very different one where one student took a children’s book about spaghetti overtaking the world. Click for the illustrated story.

I decided to be a bit different and find something from further back in history. The research on that was very interesting, indeed, but I settled on The Munster Rebellion of the 1530s because of the various elements it offered that lent themselves to a good story.

Munster Germany in the 1500s

The basic premise is that the Anabaptist movement split off a radical who, with a growing following, took over the town of Munster, Germany, saying the Lord was coming and this was to be His New Jerusalem. Easter was his doomsday prophecy. This original leader thought he was Gideon and ended up making a suicide run against the original Bishop who had put the city under siege. Another radical took over. Somehow the missed deadlines were overlooked by the followers and for over a year the new guys in charge lived high-on-the-hog and introduced polygamy (if the world was ending, I am not sure why they needed multiple wives. It wasn’t for procreation.)

Eventually they were overcome and the 3 living leaders were beheaded and strung up in cages on top of a church spire. 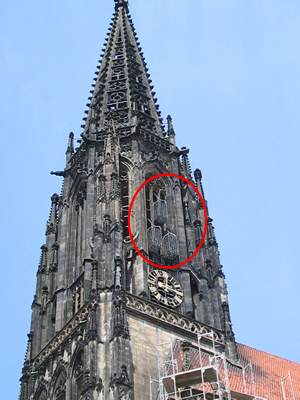 100 years later, their bodies were removed, but the cages remain to this day. Nice story, eh?

The Anabaptists went on to become the non-violent, modern day Mennonites and Amish. 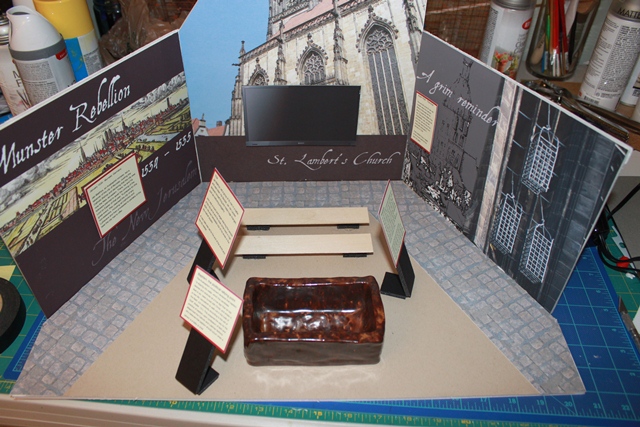 The “baptismal” is a clay container I made in high school! It was fun to reuse it.

This was from a movie I have never seen (The Matrix?) and was talking about “there is no spoon”. I have no idea of the context, so just went with it.

This is about half done. I was so sick the second half of the quarter and my doctors think it was a mix of physical stress from the oral surgeries and 3 rounds of antibiotics. I had 1 week of feeling well this whole quarter. On top of that, one roommate had surgery 2 weeks before the end of the quarter that entailed more care than we expected.

I knew I was going into this with a high A, so I opted to let this one final slide and concentrate on the classes that actually mattered to me or needed the most attention. This is the second class I have ever received a B in and I was ok with that choice (though I admit I struggled a bit with it.)

I do believe I learned what was being taught, so it just was a matter of jumping through the grading hoops. I was just glad to be done!

The 3D Design teacher asked us to make the next project a portfolio piece. When asked what we would use it for, he was unable to answer that question, “I am not the graphic designer, you are!” I was not motivated, needless to say. 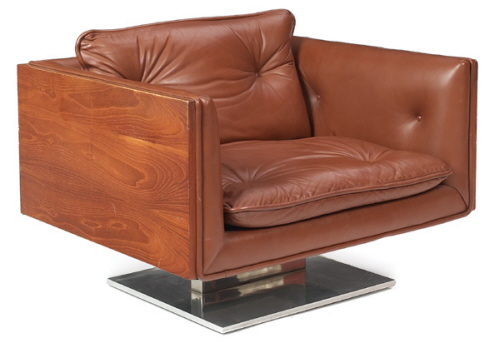 I got docked on not completing the H (it needed to be cleaned up and painted.) I felt lucky to even get it into the scenario.

I was not pleased with the outcome, but I did get to practice how to use polymar clay, something that had been on my radar for a couple of years. I made the cushions removable too, which was a fun element.

Maybe it was not so bad for something that had no use except to be thrown away as soon as it was graded. I did salvage the netting – that came out of my air brush tool box. I often try to utilize other art skills that I have… or tools from them. Who knew that scrap of netting would save me a trip to the fabric store one day?